Labor Day’s over, and so’s the summertime illusion of a life lived free from normal responsibilities—but that doesn’t mean you can’t fantasize about it. In Mary Kay Zuravleff’s new novel, Man Alive! (Farrar Straus and Giroux, $25), a pediatric psychiatrist and family man named Owen Lerner is struck by lightning while feeding a parking meter. The electric shock rewires his brain, and now the only thing he wants to do is set up the grill in the backyard and cook—all day, every day. Of course, this novel is only the latest in a long line of fictional postwar explorations of rejecting cultural norms—family and professional life included.

1. On the Road, Jack Kerouac (1957)
Kerouac’s Beat Generation-defining, autobiographical road-trip novel hardly needs introduction. It does, however, need explaining, if only for the many irritating fans who unreservedly idolize the story’s lead character, Dean Moriarty, an icon of male freedom (and a barely disguised version of real-life counterculture hero and womanizer Neal Cassady). Many readers never seem to notice Kerouac’s nuanced, ambivalent, and sometimes even melancholy treatment of Moriarty, not to mention the abandoned families and broken promises he leaves in his wake.• • •

2. Rabbit, Run, John Updike (1960)
Updike claimed that he never read On the Road, but that didn’t stop him from writing his second novel as a response to the Kerouac novel. Rabbit, Run, which tells the story of former basketball star Harry “Rabbit” Angstrom’s escape from married suburban life, is meant to be, in Updike’s own words, “a realistic demonstration of what happens when a young American family man goes on the road—the people left behind get hurt.” He was fully aware of freedom’s enduring appeal, however, and, as he later wrote, intended the book to end “on an ecstatic, open note that was meant to stay open, as testimony to our heart’s stubborn amoral quest for something once called grace. The title can be read as a piece of advice.”• • •

3. Five Easy Pieces (1970)
Jack Nicholson became a star with his role as an alcoholic ACLU lawyer in Easy Rider, one of the major classics of the dropping-out genre, but he delivers an even greater performance in Bob Rafelson’s moody Five Easy Pieces, which debuted just as the liberating dream of the 60s was beginning to pall. Here, Nicholson—at the peak of his powers—plays a wealthy former piano prodigy who has dropped out of his confining, privileged life for a simple blue-collar gig on an oil rig with a ditzy waitress girlfriend named Rayette (Karen Black). Though he takes Rayette along on a family visit to see his ailing father, the reunion doesn’t go smoothly (to put things mildly). Nicholson’s character doesn’t do well with women in general, as demonstrated most memorably in the film’s legendary chicken-salad-sandwich scene. Future Nicholson “bad boy” performances are sugar-coated dilutions by comparison.• • •

4. Lost in America (1985)
The 60s were long, long over by the time Albert Brooks released his funniest and warmest satire, Lost in America, in the middle of the Reagan era. The film’s premise: When L.A. ad man David Howard is fired after reacting poorly to not getting an unexpected promotion, he convinces his wife (Julie Hagerty) to quit her job, too. They sell their house, buy a Winnebago, and intend to live life on the road, “like in Easy Rider.” This time, the dream of freedom proves even more elusive than before: the Howards end up making it about 270 miles (the distance to Vegas) before their plans (and nest egg) disintegrate.• • •

5. American Beauty (1999)
At least Brooks made it out of the state. In Sam Mendes and Alan Ball’s Oscar-winning hit, the discontented patriarch played by Kevin Spacey barely even makes it out of the house. Smoking pot, taking a fast-food job, working out in the garage, and fantasizing about his daughter’s cheerleader friend more or less defines the extent of his rebellion. By this point, it feels like even in fantasy, we aren’t allowed to pretend that escape is possible—at least not in our normal, everyday world. Perhaps that’s why all of those civilization-ending zombie apocalypse movies suddenly seem so popular in books and film. But that’s a whole other list… 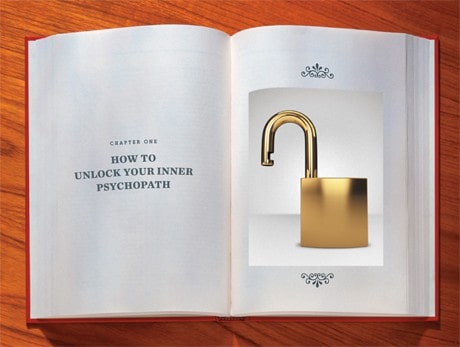