The first half of the year, with his ski-biathlon-figure skating passions, has gone down in history, but in 2021 at least three more sporting events will take place, which are much more significant than the past ones.

The most anticipated sporting events of 2021

The first half of the year, with his ski-biathlon-figure skating passions, has gone down in history, but in 2021 at least three more sporting events will take place, which are much more significant than the past ones. The 1xbet review confirms this. We are waiting for the Ice Hockey World Championship, the European Football Championship and the Summer Olympic Games in Tokyo.

In 2021, the elite “A” class of world hockey will finally get together to sort things out. He did not see each other for two years, since the 2020 championship in Switzerland did not take place due to the coronavirus pandemic.

The venue for the hockey battles will be the Riga Arena Riga and the Olympic Sports Center. Although initially the World Championship was supposed to be held in two countries – Latvia and Belarus, the unrest that occurred in early autumn 2020 in the latter, related to the presidential elections in the country, as well as doubts of the European Parliament about their legitimacy, forced the International Ice Hockey Federation (IIHF) to delete the Republic of Belarus from among the host countries.

After discussing the possibility of transferring the “Belarusian” matches to Russia, Finland, Lithuania, Slovakia or Denmark, it was decided that Latvia alone would take the entire program of the championship.

The tournament will follow the usual pattern. At the first stage, 16 participating teams are divided into two groups. Their lineups became known after the end of the 2019 World Cup. In the first group, which “occupies” the “Arena Riga”, meet the “Team of the Russian Ice Hockey Federation” (such a strange name for the Russian national team, caused by the ban on Russian athletes from playing under the Russian flag because of the revealed fraud with doping tests), Sweden, Czech Republic, Switzerland, Slovakia, Denmark, Great Britain and Belarus. The second, which will play in the Olympic Center, will be argued by: Germany, Canada, Finland, USA, Latvia, Norway, Italy and Kazakhstan.

The four best teams from each group will advance to the quarterfinals, and then the competition will be played according to the cup system. The last teams in the groups are eliminated in class “B”.

The usual favorites are Russia, Czech Republic, Finland, Sweden and Canada. Possible surprises from Americans, Swiss, Germans and Slovaks. Now the hockey players of Finland hold the title of world champions, the Canadians, and the bronze ones by the Russians win the last silver medals.

Due to the coronavirus pandemic, the final tournament of the European Football Championship was not held in 2020 either. However, unlike hockey, it was not cancelled at all, but simply postponed to 2021 while maintaining the Euro 2020 label.

The final part of the European Championship will be held according to a revolutionary system. However, this does not concern the actual system of drawing, but the fact that the games will take place in twelve (!) European countries at once. This, according to the idea of ​​the Union of European Football Associations (UEFA), should symbolize the openness of borders, the hearts of Europeans and the unity of Europe. Also innovations were the way of distributing the finalist teams into the groups of the first stage and the fact that the presence of their own city hosting the games of the final tournament did not guarantee any of the national teams of the countries to participate in the decisive games: everyone had to pass the selection. And not everyone coped with it.

The attention of fans of the entire post-Soviet space will be primarily focused on St. Petersburg and Copenhagen, where the Russian national team will play (under its own name, since the disqualification of Russian sports does not apply to European championships), and to Amsterdam and Bucharest, where the Ukrainian team will perform.

Unfortunately, the coronavirus, which is not going to retreat, again intervened in Euro 2020. Matches from Dublin have been moved to St. Petersburg, and games scheduled in Bilbao will take place in Seville.

We can only hope that the Russian northern capital will cope with the load, and the entire tournament, will pass without a hitch.

These competitions also did not take place in 2020 for a well-known reason. There was even a question about their complete abolition. However, after long negotiations and deliberations, the International Olympic Committee (IOC), while retaining the Tokyo 2020 label, nevertheless decided to postpone them, a year in advance.

The Summer Olympics program has not changed, but it will be very strange Games. And not only because the Russian national team for the first time at the Summer Olympics will not perform under the flag of the country, but under the auspices of the Russian Olympic Committee and an excerpt from the concert for piano and orchestra by composer Tchaikovsky. For the first time, foreign spectators will not be admitted to the Olympic venues.

Well, having become more of a television, the Olympics will not cease to be the Olympics. 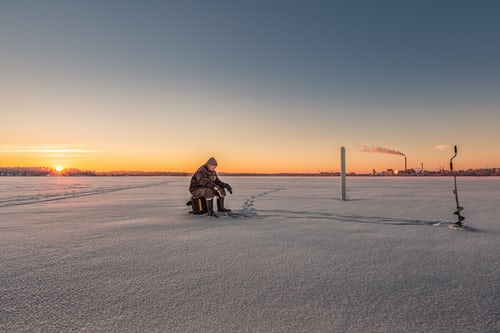