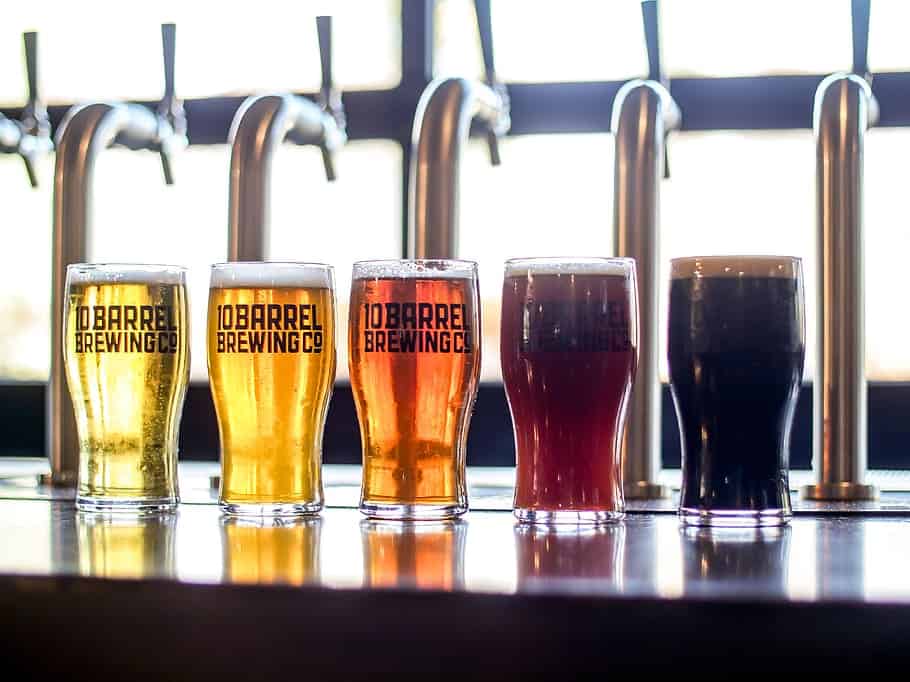 Because beer is good for more than just a dad bod.

There’s no question that beer gets a bad rap when it comes to whether or not it’s good for you—in fact, you’ve probably just come to accept the fact that knocking back a pint or two is somehow derailing your general well-being. But while it’s true that a few too many six-packs can wreak havoc on your waistline—and possibly your social life—beer actually can do a body good, believe it or not.

“Unlike red wine, beer doesn’t really get a lot of attention for its health benefits,” says Andrea Giancoli, a registered dietitian and nutrition communications consultant in the L.A. area (and self-professed beer enthusiast).

“That’s because of the fine line between alcohol being good for you and detrimental—you can get too much of a good thing. But beer does have a lot of things going for it, nutritionally.”

For example, according to research conducted by Italy’s Fondazione di Ricerca e Cura, moderate beer drinking (a little more than a pint per day) decreases drinkers’ risk of heart disease by 31 percent (the same as moderate consumption of wine); a study published in the Clinical Journal of the American Society of Nephrology, meanwhile, found that moderate consumption of beer reduces the risk of developing kidney stones by 41 percent. Not only that, but beer is one of the very few plant sources of vitamin B12.

“B12 is really only reliably found in animal sources, so that’s a big deal, even if it only has 3 percent of the recommended daily allowance,” says Giancoli. (The B12 comes from bacteria growth in the barley grain.)

Beer is also a source of plant-based phytonutrients (courtesy the barley and hops) but that doesn’t mean you can switch out your salad for a cold brew. Still, all of this is good news for beer lovers–so the only question now is, which varieties pack the biggest nutritional punch?

“I recommend the beer that’s in front of you,” says Giancoli.

All joking aside, the healthiest option for you depends on what you’re looking for. Here are our rankings of the most nutritionally sound brews out there:

Giancoli’s personal favorite, this Mexican pilsner comes in at just 135 calories (per 12 ounces), with 12 grams of carbs. “Lighter beers are usually lower in alcohol or carbohydrate content,” says Giancoli. “Either way, they’re lower in calories because of that.”And when it comes to weight-watching, calorie content should be the first thing you look for, she says. For a lower-calorie beer, she adds, Pacifico (which has an alcohol content of 4.5 percent) is better tasting than most: “Why have a Coors Light when you could have a Pacifico?” she asks. Indeed.

This traditional Irish stout has a reputation for being heavy—and hard-hitting—but at 128 calories and 11 grams of carbohydrates per serving (with 4.2 percent alcohol), it’s actually neither. The same goes for most dark beers, says Giancoli. “Darker beer doesn’t necessarily have more alcohol,” she says. “Guinness isn’t higher in alcohol or calories. The heavy taste doesn’t translate to more alcohol.” What dark beer does have more of, however, is fiber: Approximately 3.5 grams, as compared with the 2 grams found in lighter beers.

This super-popular brew is heavy on the hops, and if you’re into hops, you’re in luck: “More hops means more phytochemicals,” says Giancoli. Sierra Nevada also has a slightly higher alcohol content (5.6 percent), as well as a few more calories and carbs (175 and 14.1 grams, respectively).

We know, we know: Light beer? Blech. But fans of Sam Adams swear by its taste, and at 119 calories per serving (with 9.7 grams of carbs), it’s definitely a good pick for those looking to stay slim. Of course, the alcohol content is lower, too—just 4 percent—so if you’re just gonna end up drinking more to compensate, it makes more sense to start with a brew that’ll get you buzzed with fewer servings.

What better way to add antioxidants—and flavor—to beer than brew it with fresh raspberries? In addition to the fruit-powered nutrients, this purplish lager also has an alcohol content of 4.2 percent, as well as 145 calories per serving and 11 grams of carbs.

This actual “ginger ale” is made with fresh ginger, which aids in digestion and is thought to have anti-inflammatory properties. It’s also on the lower-calorie end: 131 per serving, with 4.5 percent alcohol.

A traditional amber lager, this version is naturally higher in calories than Yuengling Light (135 versus 98), but it’s significantly higher in alcohol content (4.4 percent versus 3.8), so you likely won’t drink as much. Oh, and it tastes better, too, while still being a lot lower in calories than some options.

This American pale wheat ale gets high marks for flavor (thanks to notes of orange peel and coriander), but isn’t particularly high in calories for a wheat-y beer: 145 per serving, with 4.8 percent alcohol and 13 grams of carbs.

In the market for a more, shall we say, knock-your-socks-off kind of beer? At 7.10 percent alcohol, this one will definitely get the job done—and for just 188 calories. (Yes, that’s considerably higher than the other beers on this list, but again—your overall consumption will likely be lower, and the calorie content still ain’t bad.)

For a Belgian IPA with a relatively high alcohol content (5.6 percent), this brew is surprisingly low in carbs (10.8 grams). The increased buzz factor will, however, cost you a few extra calories: 180 per serving.