Tips From Jack Ma That Will Change Your Life

The world-famous Chinese rich man Jack Ma is a shining example of a man who actually made himself. Now an underdog in the past, now China’s richest man has a lot to share with those who want to succeed in business. Here are the most effective and useful tips from Jack Ma.

Jack Ma is the owner of the famous online marketplace Alibaba. Currently, the number of customers worldwide reaches nearly 0.5 billion. Jack Ma is one of the twenty richest people on the planet.

At one time, Ma twice unsuccessfully tried to go to college. He also couldn’t find a job in a fast food restaurant, not even as an assistant to the junior manager. However, failure and defeat could not stop young Jack. He stubbornly pursued his goal without stopping.

In June, Alibaba invited American businessmen to Detroit, Michigan, to exchange information on how to effectively use online marketplaces to reach foreign markets. Jack Ma shared his recipes for business success and gave various advice to aspiring entrepreneurs.

1. Don’t believe that you are already successful

The simple advice is not to be overconfident. Most well-known companies have lost their edge in the market when they were convinced that they had already reached the top of their business. Yahoo was so successful at one time that no one imagined what it would become today. And Netscape was so good that we never thought it would disappear. So don’t believe you’re good at everything. Be paranoid. Be critical of yourself, your actions and your actions.

2.Be prepared for hardship so that you can reap the rewards later.

Be optimistic. Jack says, “Today is very difficult. Tomorrow will be even harder. Have faith that another day will come and it will be beautiful. However, if you don’t work hard, you won’t see the sunlight. People ask me how to inspire employees in difficult times. We hire people who have determination. Don’t hire people who are used to complaining. And you, as a leader, shouldn’t complain. If you whine, no one will follow you. Leaders must be optimistic.

3. The main thing is to please the customer, not the shareholder

4. Getting rejected is not always a bad thing

After leaving school, Ma tried to go to university three times, but without success. Then he made an attempt to get a job with the police. Rejection again. Out of five of his friends, he was the one who was rejected. And here is Jack’s story of how he tried to get a job as a simple hotel clerk in his town: “My cousin and I waited two and a half hours in the heat to be interviewed. After the interview, my cousin was accepted; I was turned down. The reason – he was taller and prettier than me. Today, he is still working in a hotel and I have changed my life.” Jack, the only one of the 24 candidates, was also turned down when hired by KFC. But he is confident: if we don’t fail and fail, we are unlikely to achieve real success.

Ma recalls sharing a crazy internet business idea with his friends at home for two hours. Out of 24 friends, 23 advised him to forget about it. And only one friend said: “If you want to try it, just try it.” The next morning, Ma decided that he would definitely carry out his project. “Most people make crazy plans in the evening, but in the morning they go back to their old job. We need to do something different,” he says.

6. A book is the head of everything

One of Jack’s key pieces of advice is to keep working with interesting and relevant information. He strongly recommends: “Read as much as you can!”. Jack Ma estimates that if you spend an hour per day reading a variety of information from any given field, you can learn more about it in a year than 99.9% of the world’s population knows.

7. Don’t be afraid of mistakes

Even if you have a very successful business, sooner or later you are going to make a mistake. So you have to learn from them and draw the appropriate conclusions. Ma’s opinion is: to be successful, you have to learn not from success stories, but from the mistakes of others. He says, “If I write a book about my life, it will be called Alibaba: 1001 Mistakes.

8. Being proactive and only proactive

Renowned businessman Jack Ma encourages people to be active. If possible, try to participate in many projects. Try to explore new areas and learn as much as you can. And if for some reason you can’t get involved in various projects, it’s worth looking at all sorts of volunteer programs and community initiatives in your city. You won’t get rich, of course, but you will get a lot of experience and networking from taking part in these kinds of programs.

One of Jack Ma’s principles of success is making new friends. Jack says that the wider his circle of acquaintances, the faster and more successful his career growth will be. Make the most of the necessary connections. It’s important to constantly rotate amongst new acquaintances. They’ll come in handy in the future when you want to start your own business. And understandably, the more friends, pals and acquaintances you have, the easier it will be to build your career.

10. Don’t put off until tomorrow what you can do today

Try not to put things off. Don’t say to yourself: ‘I will do it tomorrow’. Think about your future and start working on yourself today. Plan, go forward to the goal you want to achieve, don’t put it off. The results of your hard work won’t be long in coming.

If you are 25-30 years old, it’s worth working for a prestigious company with a good boss. You have to gain experience and learn how to do your job well. Well, if you’re over 30 and you want to do something on your own – just start doing it. Even after 40 years of age you have to do what you’re good at and you don’t have to try to do several things. After 50 you have to teach young people, give them wise advice, educate and develop the younger generation. And after 60 you may think about your grandchildren.

12. Entrust your work to women

If you want your company to be successful and prosperous – attract as many women as possible. According to famous businessman Jack Ma, this is the “secret sauce” of Alibaba’s success. He explains it this way: “Women are going to be very strong in the 21st century, because in the past the measure of strength was muscle, but today it’s wisdom. If one wants to achieve a certain level of success, one must have a high EQ (level of emotional intelligence).

If one does not want to fail, and be on top of things, one must have a high IQ (mental intelligence quotient). And to be respected, a good LQ (love quotient). These three “Q’s” come together. Many men have a high IQ, a low EQ and a paltry LQ. Women who have all three Q’s are the best. At Alibaba, 48% of the staff and 33% of the top managers are women.

13. Hire professionals and create an environment for them

Jack Ma states: “When I hire people, I always choose those who are smarter than me.” Ma advises his colleagues, “Look at the young applicant. If you think he could be your boss in five years, hire him. The well-known businessman also advises hiring the right people, not the best. The best, he says, can only be raised in your own company.

14. Do whatever you need to do to start a business

The story of the Chinese goods shop (Taobao) is quite entertaining and comical. In 2003, Ma’s team was given an assignment by him to each find four items to sell on the site at home. Jack Ma recalls, “Not everyone could find four items to sell because we were too poor. So we only put 21 items on the website – what we managed to collect. We waited for three days, but no one came.”

After a week, they started trading among themselves. And after some more time, third-party users started posting goods. And they quickly found their buyers. It was Ma himself and his team. Ma further recalls, “For almost 30 days, we bought up everything that was sold on Taobao. So our house quickly filled up with rubbish we were buying online. We tried to convince people willing to sell that it worked so that they would exclaim, ‘Wow, this thing can really sell stuff!

15. Billions of dollars is your responsibility, not your money

“If I have 1-2 billion dollars, that’s my money. If I have more than that, it’s a huge responsibility” says Jack. Having a huge amount means you’ve earned the trust of society who has no doubt that you’ll manage the money better. You’ve been given credit for it. And you’re obligated to use the money much better than the government and other members of society. Spend it wisely, on the right things.

Write in the comments, what tips do you think are the most effective and efficient? And which ones would you use in your own business? 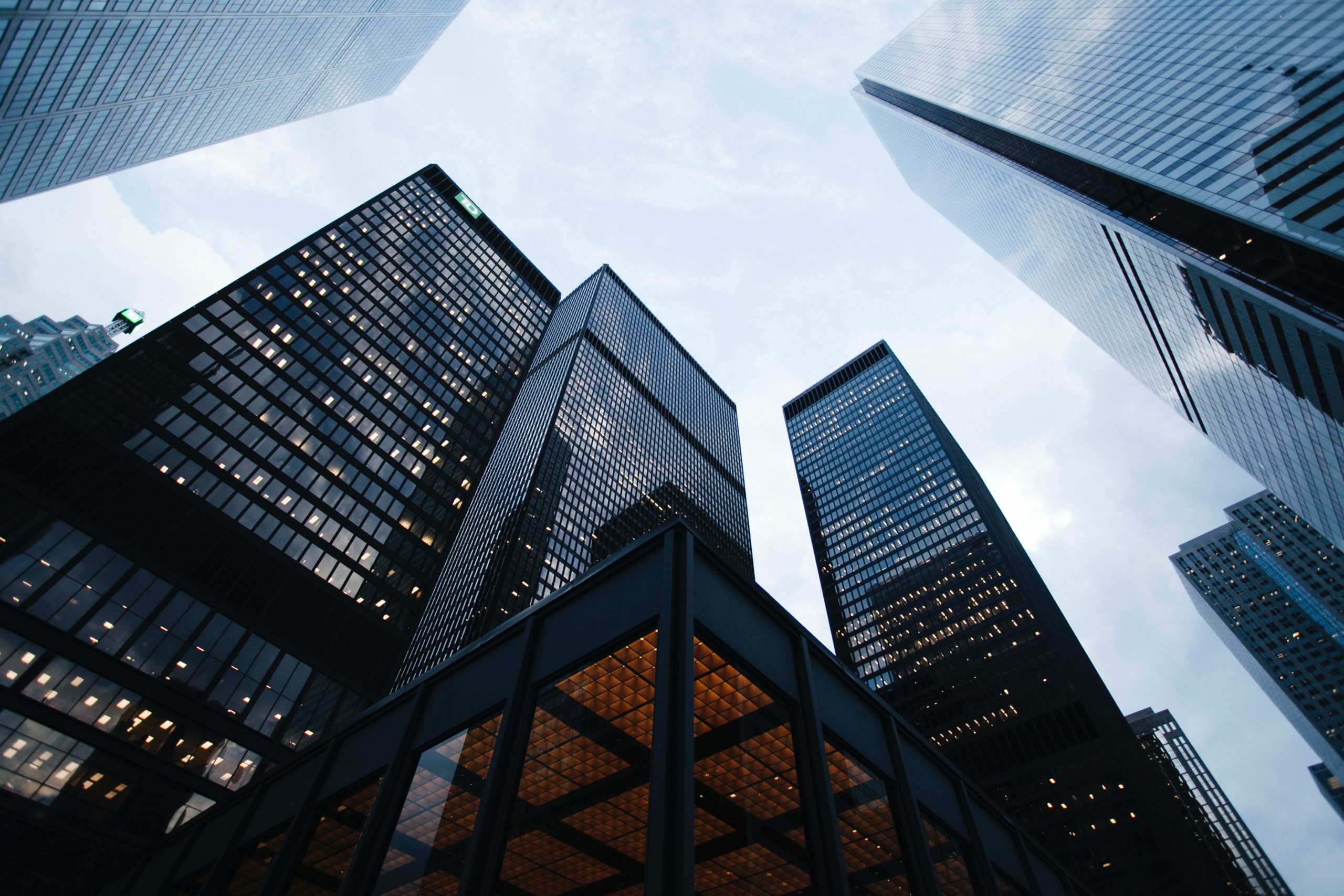 Why Is Volkswagen So Popular With Men?